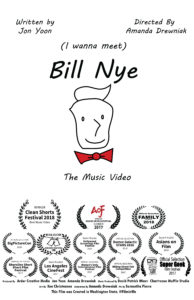 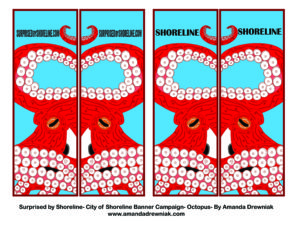 I had created Art that was selected for the Highway 99 Banners in Shoreline.

I was interviewed by Toran Whitaker about how I feel about film, Seattle, and my personal experiences.

Soon, the world will get to know a South Florida hometown hero named “Super Kid Cannon.”

He’s a red panda who needs your fingertips, and smartphone or tablet, to fight his archenemy, Khan, and save his love interest, Justine. (Video)…See More.

Videogames are not necessarily the first thing that come to mind when one thinks of Miami, but SkyJoy Interactive is looking to change that. Cultist had the opportunity to see company’s office, play its first game, and learn more about the firm at the forefront of the Miami videogame scene….See More.

This week Miguel, Alex, and Amanda of SkyJoy Games go Inside the Roleplayers Studio. We rate captains, break down barriers (Audio)…See More

This developments comes just as the Skyjoy team announced its recent partnership with Seeds, an organization that provides microloans from in-app-purchases to entrepreneurs in developing countries. Skyjoy will be contributing 25% of all in-app-purchase revenue in Super Kid Cannon …See More.